/ Raoul Dufy, a passion for colour 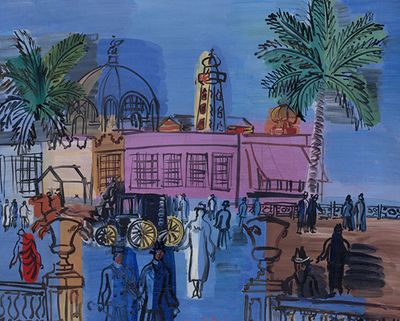 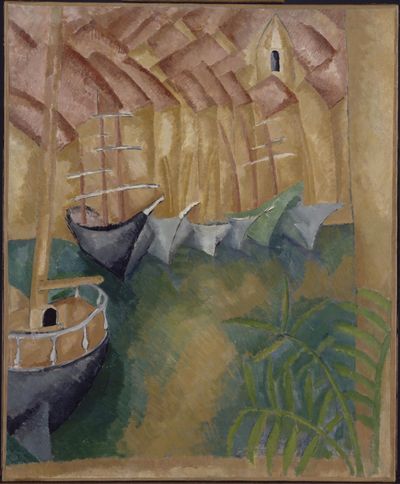 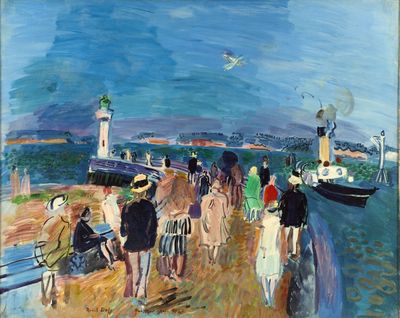 Raoul Dufy, a passion for colour

Organised in collaboration with the Musée d’Art Moderne in Paris and Paris Musées, the exhibition ‘Raoul Dufy: a passion for colour’ retraces the artist’s entire career and highlights, in particular, Dufy’s close links with Provence and the work of Paul Cezanne.
Presenting more than ninety works, largely from the Musée d’Art Moderne de Paris, and also from French and international public and private collections, the exhibition reflects the artist’s great virtuosity, employing a wide variety of techniques, from oils to watercolour and drawing, and engraving and ceramics. Raoul Dufy, who originated from Le Havre, was initially influenced by the Impressionists Monet and Boudin, and subsequently by Matisse and his friends, with whom he embarked on Fauvist painting. Like them, he used a palette of bright colours and a very free style of drawing. It was in 1908, during a trip to the south of France with Georges Braque, that Dufy went to paint at l’Estaque in homage to Cezanne. While Braque adhered to cubism a year later,

Dufy continued to study Cezanne’s work until 1914. The blue of the sea and sky remained at the heart of a continuous quest based on the painter’s favourite motifs: bathers, regattas, coastal landscapes, and boats. The exhibition illustrates these themes and also includes the illustrations that Dufy produced for the novels and poetry books by famous contemporary writers, such as Colette’s Pour un herbier, André Gide’s The Fruits of the Earth, Guillaume Apollinaire’s Le Bestiaire, and Vacances forcées by Roland Dorgelès. Complementary to his activity as a painter, these illustrations make it possible to appreciate the unique subtlety of his drawings and his great talent as a colourist.

Curatorship :
Sophie Krebs (born in 1961) has been General Heritage Curator at the Musée d’Art Moderne in Paris since 1989, where she was collections manager from 2011 to 2019. She was also a curator at the Maison de Victor Hugo from 2001 to 2003, during the bicentennial of Hugo’s birth. She has curated many exhibitions.
Call Website Book now

In the context of :

Free with the City Pass Aix-en-Provence (allows a free access)
Free for children under 7 years old, ICOM, ICOMOS or SNELAC card holders, tour guides and journalists.
>> on presentation of a proof of identity less than 6 months old.

With the Aix-en-Provence City Pass

Admission to the Hôtel de Caumont - Centre d'Art is free on presentation of your City Pass. It gives access to the site and to temporary exhibitions - offer valid for one admission during the period of validity of your Pass. 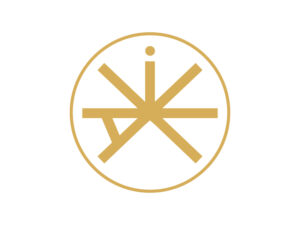